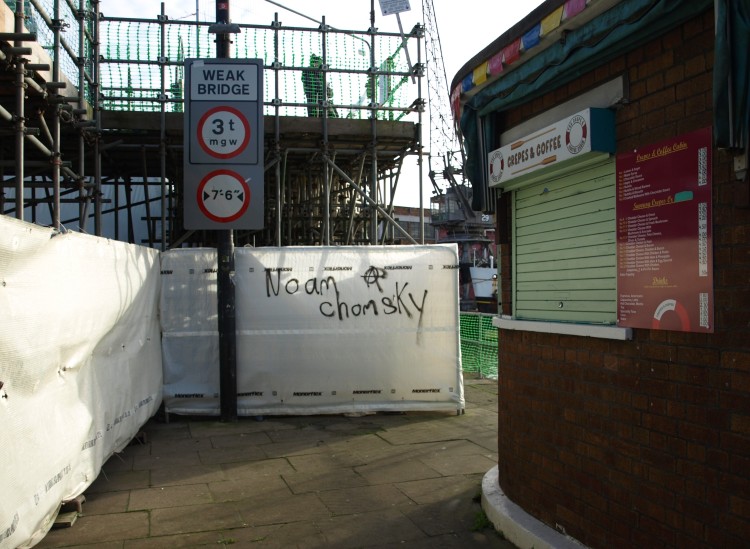 When I look at photographs that I have newly taken, the first thing I do is attempt to define exactly what I was intending when I pressed the shutter button. The pictures that work most effectively to my view are often, although not always, the more spontaneous ones, photographs that capture the unplanned moments, that more or less take themselves. As well as this,over several years I have found that what I consider my best pictures share certain elements. For example, picture clarity can seem less important than the image itself, and of these images a significant number seem better suited to colour than to black and white.

I don’t in any way disdain monochrome images, very far from it. It just appears that, in a lot of my images, colour adds rather than detracts from the picture itself. This is a very subjective view on my part. Monochrome often heightens and sharpens an image, but I have found that in my own photographs the presence of colour adds to depth of image and, where it is present, luminosity, with a wider range of the light spectrum on display.

This counts for something when bringing atmospherics into the image – levels of natural light and weather conditions, ideas about image composition that I’ve worked on mainly through instinct, and capturing these in my photographs whether they are urban or rural, portraits and other forms of image, and transmitting these to the viewer. If (for example)a landscape picture was taken on a hot day, I want the viewer to in some sense experience that, to get a notion of the less obvious qualities of the photograph away from the solidity of the image itself.

I don’t have any defined rules about why one photo works and another doesn’t. Favourite subject matter includes urban spaces without any noticeable human presence, ideas that intrude into these spaces, photographs that juxtapose stillness and movement. Photography is a form of storytelling, and what I want to do is enable the viewer to find their own narrative.

I am a part of the www.photobath.co.uk community, and want to thank them for their support of my photography in their exhibitions and publications.

Independent Image / Sound / Word online zine. Contributor based, always evolving . Rooted in the DIY ethos of Do It Yourself and DIT Do it together. View more posts